PropTech - what does it mean again?!

PropTech everybody has heard of it by now, but what exactly does it mean again?! We give you a short introduction to the most important PropTech areas, use cases and terms.

The term PropTech (property technology) is used to describe any technology, which helps individuals and companies research, buy, sell and manage real estate. This can span software, hardware, materials or manufacturing.

The recent buzz sometimes makes it seem as if PropTech is a completely new phenomena. Even though it goes back to the mid 1980s. One distinguishes between three consecutive generations.

The key initiator for PropTech was the introduction of the personal computer in the late 1970s. Excel quickly turned into the industry standard platform for the organisation and analysis of data and also influenced the way realtors dealt with data. With the emerging internet accessibility online listing of sites grew more popular and marked the first generation of PropTech. Also PC-based technologies for industrial applications were used very early on in constructions (ConTech).

Faster computers, the internet, the increased use of data analytics and emerging technologies such as virtual reality defined the second wave of PropTech innovations and startups and paved the way for more specialised services for customers. One of the most popular application, which changed the way we travel for ever, had a huge impact on the housing market and served as a leading example in regards to the sharing economy, was for example Airbnb.

Today we are witnessing the third generation of PropTech innovations and companies, which uses emerging technology such as drones, virtual reality tools, IoTs and blockchain to provide solutions for the problems of the 21st century. Sustainability and customer centricity are two of the driving forces behind PropTech 3.0.

In recent years there has been a big hype around PropTech and emerging technologies in general. Investments shoot through the roof and the media report daily on trends and new developments. Why now, one might ask, if you consider that PropTech has been around for quite a while?!

"We are in the midst of the fourth industrial revolution which is seeing the lines between the physical and digital worlds merged ever closer." Jeremy Rifkin

There are various forces and factors that fuel these developments:

5. How far are you with tackling this transition today?

If you want to dive deeper into the PropTech world, check out our PropTech ABC and follow us on LinkedIn and Facebook for more articles and interviews.

Thank you and kind regards,

Karolin in behalf of the Prompto.com team.

Did you know that your brain is constantly fooling you?! 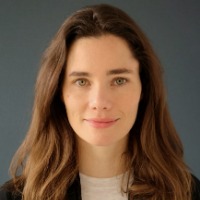 How to save millions with BIM!